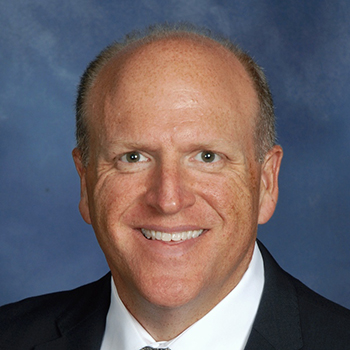 California to Oklahoma and Back
Born in Long Beach, CA, Pastor Craig Brown is a long-time native of Southern California. An adopted only-child to his parents, Craig grew up in Buena Park, CA. At age twelve Craig’s family moved to rural Oklahoma and lived on a 160-acre ranch raising cattle and tending the land. It was here that three schoolmates shared the message of Jesus Christ with Craig. On a snowy day in January 1982, Craig gave his life to Christ in a school gymnasium and began attending the United Methodist Church. To this point Craig and his family had never attended any local church. After four short years in Oklahoma, Craig’s family returned to California.

Call to Ministry
Craig received his call to ministry at age 17 and began his journey toward ordination immediately after high school. At the same time Craig was starting college, he began serving as a volunteer with the La Palma UMC youth ministry. In October of 1987 Craig was hired at 19 years-of-age as that church’s youth director. Craig served the La Palma church until he began seminary, at which time he began serving as the youth director at the Covina UMC.

Education and Leadership
Craig holds the B.A. Degree in Biblical Studies and Theology from Biola University and the M.Div. from Fuller Theological Seminary. He has extensive background and training in congregational development, leadership development and multi-site church ministry. Craig has successfully led all three churches he has served under appointment to increased growth across every metric. Most recently, he led Shepherd of the Hills UMC into a merger with Santa Margarita UMC to form the only multi-site church within the Annual Conference.

Family and Fun
Craig married his wife Bettina in 1994 and have two children together. He enjoys time with family, travel, golf and any experience that broadens his thinking and perspective. He has made pilgrimages to England, Scotland, Korea, Israel, Palestine, Turkey, Greece and Italy. He is the co-author of Keep It Positive: A New Approach to Successful Parenting, and is a frequent teacher and leader at conferences and retreats.